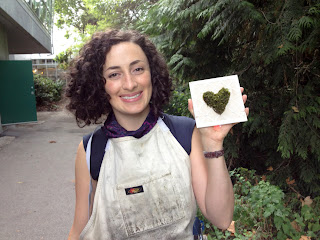 As a result of my community engagement during the month of August and September at Renfrew Community Centre, I had the chance to install the final moss graffiti mural that represents my component of the artist residency part of Our Footprint mapping project.
These mural proposal was generated after having a participatory process with community members at the lobby of the Renfrew Community Centre. Participants were invited to identify or “map” what they would like to see grow in their community, including different cultural, social and environmental issues present in their neighbourhood. We also had different photo shoot sessions where participants intended to illustrate these issues with their portraits to visually develop the proposal for this moss graffiti mural project. Other community members made sketches that also informed this final proposal.
All the information I gathered, including portraits of different community members, sketches and the comments they placed on the map where rendered to produce the moss graffiti mural piece that currently lives (literally) on the north facing wall of the centre that faces the ravine.
Community members that regularly transit this area are invited to be the stewards and care takers of this green living mural that lives in their community centre. There are spray bottles placed along the murals inviting people to "take action" and spray the wall to keep the moss alive.
This mural project was unveiled during the Moon Festival celebration on September 29 2012 and community members had the chance to interact with (or spray with water) the different pieces along the big wall of the Renfrew CC and the Vancouver Public Library.
Thanks to volunteers Cassandra Ly, Annie Liang and Brendan Chan for their support in the recollection of “urban” moss and help in the installation of these moss murals at the VPL and Renfrew CC. 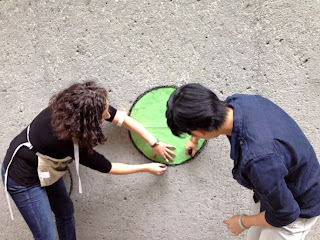 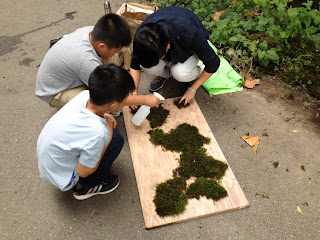 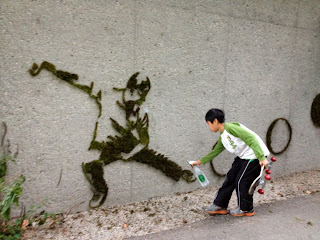 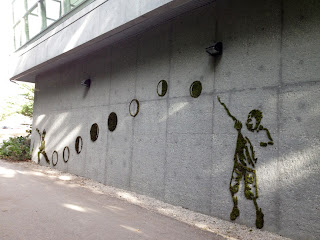 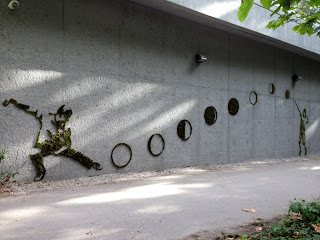 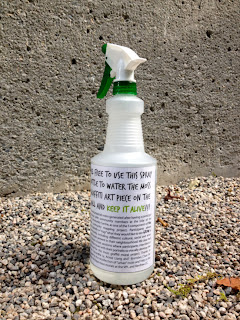 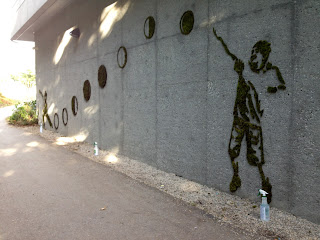 Please visit the following link to see more photos of this project: http://ourfootprintrenfrew.somethingcollective.ca/2012/11/11/moss-graffiti-mural-at-renfrew-community-centre/